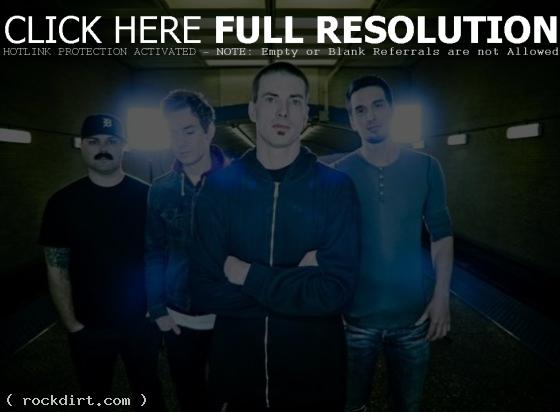 Taproot ‘Wherever I Stand’ Video

Taproot are out with the video to their new single ‘Wherever I Stand’, the lead release off the Ann Arbor, Michigan alternative metal band’s sixth studio album ‘Our Long Road Home’, out now on Velvet Hammer. Watch it below.

Taproot are out with the video to their new single ‘Calling’, from their forthcoming album ‘Blue-Sky Research’, out Tuesday (August 16). Watch it via VH1 below.

Singer/guitarist Stephen Richards spoke to ChartAttack.com about life in the Taproot camp, which has seen him transform from a drummer to a frontman. “I’m still not that confident,” Richards said in regards to stepping up to the mic. “People tell me good things but I’m totally harsh on myself. We’re sticklers for details and perfection, so we’re the first to bash ourselves in the head and say we suck. I knew it was gonna take time to get comfortable with it.” Reminded of the band’s success landing on Ozzfest and pissing off Fred Durst, Richards said, “I suppose so, but it’s not all that crazy. Our second album was bigger than the first but it still wasn’t gold or anything. That’s what we want though: slow and steady to win the race.”

While Joey Duenas and his Unloco bandmates had big plans after signing with Maverick Records and releasing ‘Healing’ in 2001, the reality was that by the end of the year they arrived back home in Austin broke, disappointed and practically homeless. “Being green in the industry, we were told a lot of stories, and we expected a lot of things. They [obviously] didn’t happen that way,” Duenas tells Bob Ruggiero of the Dallas Observer. “We expected to be this huge band out of our hometown but came back and had not much to show for it. We did the best we could, but it was a big slap in the face, and puts you in a really bad place emotionally.” Now with their second album ‘Becoming I’, they’ve lowered their expectations, touring as an opening act for Kittie and Papa Roach, as well as being the low men on a totem pole that included Disturbed, Taproot and Chevelle. Dallasobserver.com has since removed the article.

Music As A Weapon Tour Photos

Getty Images has photos of a Music As A Weapon tour stop featuring Disturbed, Taproot, and Chevelle. Check them out here. 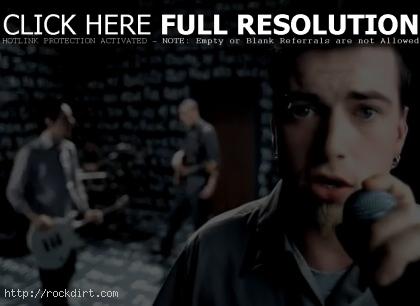 Taproot’s brand new video for their track ‘Mine’ has been made available online. The song is the second single off of their album ‘Welcome.’ Watch it below.

Jason Clancy of Get Real Detroit spoke with Taproot frontman Stephen Richards who talked about his writing process. “Lyrically, I just write down journal entries and stuff, day-to-day things,” Richards explained. “Not necessarily, ‘Yeah, I woke up and went to the store and fell’ — it’s not like that. Obviously, right now with a lot of things going on in the world, like the potential for war and lots of stuff like that, it’s unfortunately a good time to vent feelings and try to think about things. I don’t like to just say, ‘Bad, bad, bad, bad, fu**, bad.’ I like to think about things that could be bad or have happened to me that have been bad, or things that I see on TV or things that affect me personally, and then see if there’s any way to turn it around and get something good out of it. That’s the way that I write.” Getrealdetroit.com has since removed the article.