Mark McGrath, lead singer of Sugar Ray and former host of celebrity news show ‘Extra’, talked with Billboard about ‘Music For Cougars’, the band’s first album of new material in six years. Mark said there’s three misconceptions – that they broke up, that it’s some giant comeback record, and that they’re doing it for the money – all untrue. Watch the interview below.

‘Hedwig And The Angry Inch’ At The Roxy

Scott Weiland of Velvet Revolver, Juliette Lewis, Billy Morrison, Cisco Adler of Whitestarr, and Sugar Ray singer Mark McGrath were on hand for ‘Hedwig and The Angry Inch’ at The Roxy Theatre in West Hollywood, California on April 3rd. Check out pictures from RexFeatures and GettyImages.

Stars Preview ‘Shelter From The Storm’

A one-hour multi-network telethon, ‘Shelter from the Storm: A Concert for the Gulf Coast,’ will include performances by artists such as Alicia Keys, Sheryl Crow and Neal Young. Watch a preview aired on ‘The Early Show’, featuring remarks from stars at last night’s Fashion Rocks event (which airs on CBS tonight) including Sugar Ray’s Mark McGrath, Billy Idol, Tyra Banks, Duran Duran’s Simon Le Bon, Ellen DeGeneres, and Alicia Keys via CBSNews.com below the cut. END_OF_DOCUMENT_TOKEN_TO_BE_REPLACED 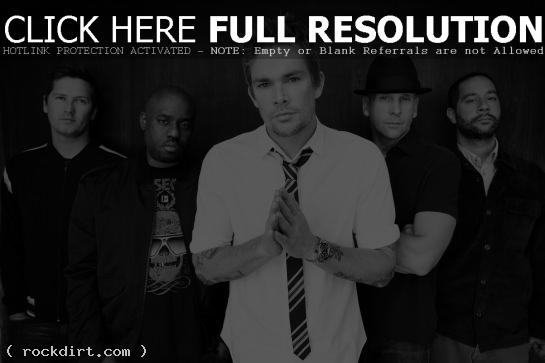 Sugar Ray singer Mark McGrath and Anthony Kiedis and Flea of the Red Hot Chili Peppers attended the ‘Endless Summer’ Party hosted by the Esquire House Los Angeles to benefit the Autism Coalition and Surfers Healing in Beverly Hills, California on Thursday (September 30). Check out pictures from GettyImages and WireImage.