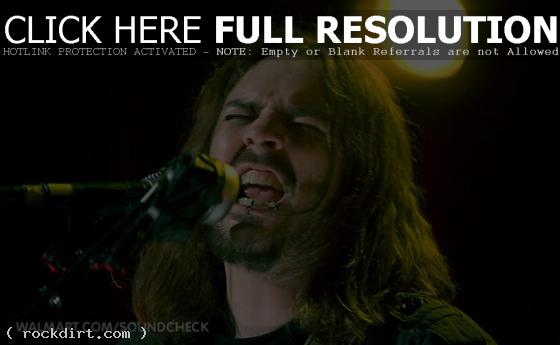 Seether stopped by Walmart Soundcheck to preview their new album ‘Holding On To Strings Better Left To Fray’, including the first single, ‘Country Song’. Plus, the South African rockers sat down for a candid conversation about touring, tweeting, and the truth behind the departure of guitarist Troy McLawhorn. Check out video at soundcheck.walmart.com. Check out more pictures from the event below the cut. END_OF_DOCUMENT_TOKEN_TO_BE_REPLACED

Sherman and Tingle of Chicago’s Q101 interviewed Seether at Jamboree 2010, where the band joked about being a “Disney band” before discussing what they do deep inside the tour bus, an SUV that crashed into their bus the night before, weather terminology, and their karaoke songs. Watch it via YouTube below.

Seether are out with the video to their new single ‘Careless Whisper’, a cover of the Wham! 1984 hit, off the South African rock group’s fourth studio album ‘Finding Beauty in Negative Spaces’, out now on Wind-up Records. Watch the Tony Petrossian directed video below.

Jeremy from Andpop spoke with Shaun Morgan of Seether just before a Toronto date to hear what’s next for the guys from Johannesburg, South Africa. Morgan talked about covering ‘Careless Whisper’ by Wham!, winning the first MTV Africa Music Award, looking forward to the show later and being big fans of Canadian alcohol. Watch the interview below.

Seether’s Shawn Morgan and Dale Stewart appeared on the Kerrang! Podcast to discuss their latest album ‘Finding Beauty In Negative Spaces’, getting the 60 songs they wrote for the disc down to 12, working with former NASA rocket scientist turned producer Howard Benson on the disc, weeping in front of penises, covering George Michael’s classic ‘Careless Whisper’ and some of their tips for Valentine’s Day. Watch the interview via YouTube below.

Seether checked in with a holiday message on their YouTube channel. “We would like to thank all the Seether fans for their ongoing support through the year 2008,” bassist Dale Stewart said while carving a turkey. “We hope that everyone has a delightful festive season. We hope to see you all very soon in 2009. Till then, wishing you all a very festive season and happy holidays.” Watch the message below. 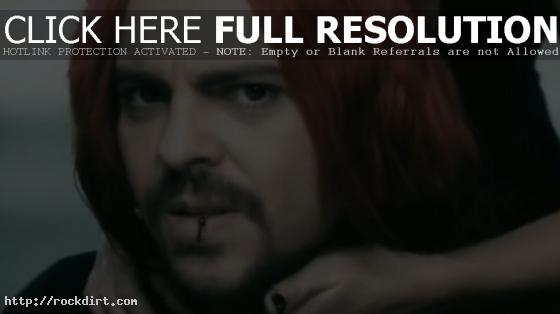 Seether are out with the video to their new single ‘Breakdown’, off the South African alternative rock group’s third album ‘Finding Beauty in Negative Spaces’, out now on Wind-up Records. Watch it below.

Seether’s Countdown to ‘Breakdown’ episode 4 features the alternative rock group performing ‘Breakdown’ as the band prepare to release a music video for the ‘Finding Beauty in Negative Spaces’ release. Watch it via YouTube below.

The third episode in Seether’s web series ‘Countdown to ‘Breakdown” features the rock group being interviewed about special moments from their touring in the past year, with Shaun Morgan talking about meeting a girl born without any eyes. “She definitely gave me a renewed appreciation for this at a time when I was feeling – you get to a point when we’ve been at it for more than a year and all you really want to do is go home. Then you meet someone like that and she makes it seem cool. It is an awesome job and it is a cool thing we do. It gives you the energy to carry on until December when we get done and you actually finally get to go home.” Watch the webisode below. Troy McLawhorn then talked about going to Shaun and Dale Stewart’s native country South Africa for the first time. Watch the webisode via YouTube below.

Seether Live In LA But Aren’t Into The Hollywood Scene

Seether bassist Dale Stewart tells Australia’s Beat magazine that while the South African rocker’s are now based in Los Angeles, they aren’t buying into the area’s lifestyle. “LA is a crazy place,” Stewart said. “Anything can happen. You name it. Nothing can surprise you. We don’t fit in there very much because we’re not into that whole scene. I don’t want to generalize because I have some great friends in LA and it has many great aspects, but a lot of it is really plastic. Everybody is just trying to get something from the next person and no one is sincere. The only reason they befriend you or talk to you is to get something from you or further their career. There’s so much of that, like girls sleeping with guys to get acting jobs. There’s that side to it and I try and stay as far away from that as I can.”