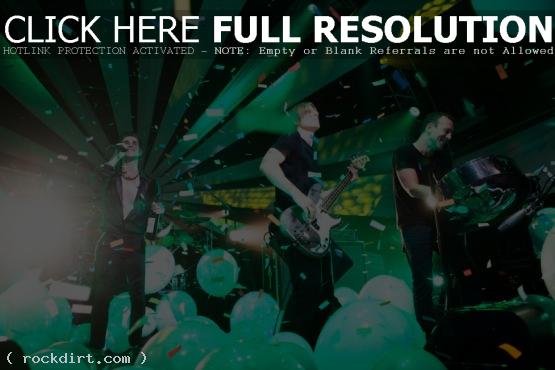 Dave Navarro of Jane’s Addiction spoke with 91X at X-Fest 2012 the other day. He talked about how on their non festival dates, “There’s a very interactive tour we put together. There’s a lot of stuff going on in the lobby, in the entry, on the stage, it goes back and forth with the audience and ourselves. It’s a little bit more of a theatrical production.”

Dave added that on their new album ‘The Great Escape Artist’, “There’s really no story to it. We recorded it. That for me, I know that you want an anecdote, ‘Well this time we went in there and we all took jacuzzi’s first’, but there is no anecdote. The deal was we got together with Dave Sitek from TV On The Radio, who was a good friend of the band and co-producer with Rich Costey and we just kind of went in there and abandoned every idea we had about ourselves and just kind of reinvented from there. What you have is a documentation from that.” 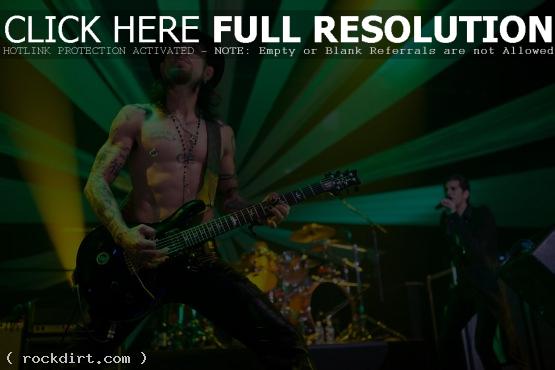 Dave Navarro spoke with LA Weekly about the return of Jane’s Addiction and their new album ‘The Great Escape Artist’, the significance of the venues on their upcoming tour, the group’s tumultuous history, the writing and recording process, playing smaller venues, his internet radio show, and more.

“It was about keeping our fans satiated and we wanted to keep going,” Navarro said about deciding to create new material. “It’s like any relationship. If you’re in a relationship and you and your partner don’t create new experiences and have new things to bring into it, it’s gonna die. I think that another tour just playing ‘Mountain Song’ and ‘Jane Says’, wouldn’t be of interest to us, and wouldn’t be of interest to anybody else. It’s evolve or die. We love playing the old songs, don’t get me wrong, but we’ve added the new stuff, and already it’s ignited a sense of urgency and made the flow of the sets feel fresh and new.” 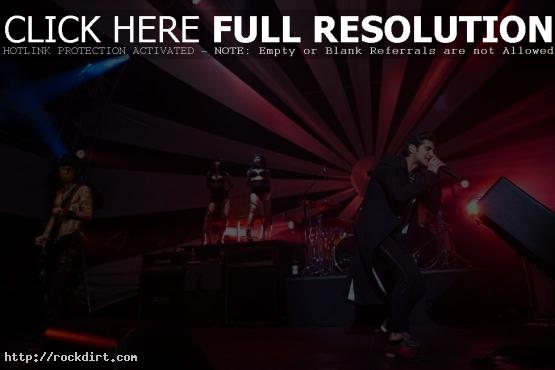 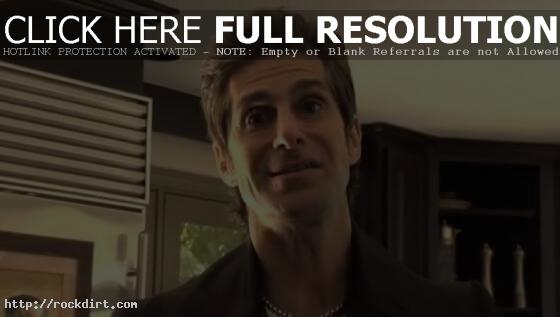 Jane’s Addiction are giving fans a sneak peak into the band’s massive photo shoot in support of their upcoming new album, ‘The Great Escape Artist’, which is out through Capitol Records on October 18th.

To go along with the theme of the album, the band went to Houdini’s old Southern California estate to capture, “a little bit of that 1920s classic California Houdini vibe, mix it in with the rock’n’roll seventies reminiscent of ‘Hotel California’, and bring it all to 2011, which is who and where we are today,” according to lead singer, Perry Ferrell.

Jane’s Addiction are out with the music video to their new single ‘Irresistible Force’, the second release off the Los Angeles alternative rock band’s fourth studio album ‘The Great Escape Artist’, out October 4th on Capitol Records.

“It’s a strange mixture of that post-punk Goth darkness that Jane’s had, with what’s going on today with groups like Muse and Radiohead,” frontman Perry Farrell told Rolling Stone when asked about the album’s overall aesthetic. “As much as I want to appease fans and make old Jane’s fans love me, I just can’t help myself from moving forward.” 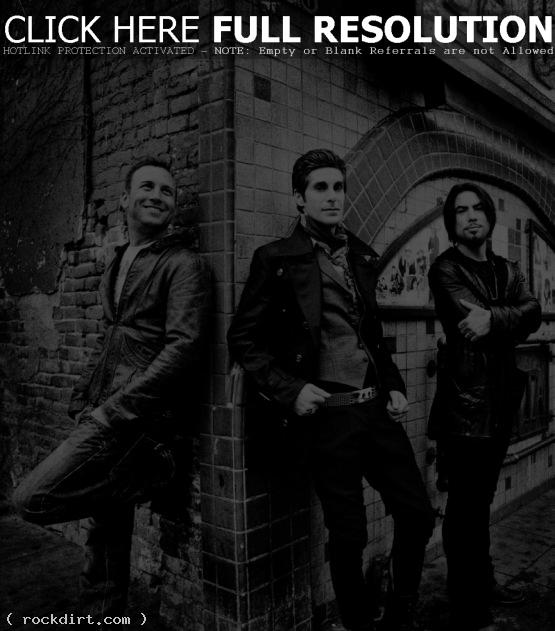 Jane’s Addiction has released a video of the band in their studio recording a new song titled ‘Irresistible Force’, which will be on their upcoming new album, The Great Escape Artist. The video shows the band using the new LG Thrill to film each other recording the new song. Lead singer Perry Farrell spoke about the Thrill 4G and partnering with LG for the event saying, “We are so into technology and playing with technology almost as an instrument, and seeing what we can do with technology. And the latest thing has been the cell phone and 3D.” Perry continues, “we want to be able to have our audience watch us in 3D during a live performance.” Watch it via YouTube below the cut.

Jane’s Addiction will be broadcasting a live performance at the launch event for the new LG Thrill 4G phone hosted by LG on July 25th. END_OF_DOCUMENT_TOKEN_TO_BE_REPLACED

Jane’s Addiction ‘End To The Lies’ Video Behind The Scenes 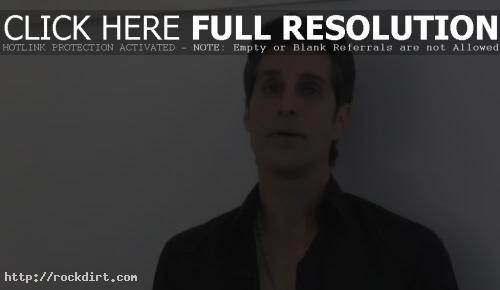 Jane’s Addiction are out with behind-the-scenes footage from their ‘End To The Lies’ video shoot. The Alex Bulkley directed video was shot at Studio 905 in Hollywood, California, where band members Perry Farrell, Dave Navarro, Stephen Perkins and
Dave Sitek were filmed giving a live performance in front of a white backdrop so they could later be superimposed onto womens’ bodies.

“The band hails from Los Angeles, California,” Navarro explained about the video concept. “We come from the street and so I think that the combination of the angst in the song, and the street element, the artistic element and then of course the love of sexuality and sensuality fused together, is pretty much what this band has been about since day one.”

As for the story behind the song, Farrell said, “‘End To The Lies’ is about a compositive of a**holes that I happen to know. It’s about you know, you hear things on the street about yourself and you kind of hold your tongue, take your time, then you hit ’em in the face!”

‘End To The Lies’ appears on Jane’s Addiction’s forthcoming album ‘The Great Escape Artist’, due out later this summer on Capitol Records. Watch the footage via Vevo below. 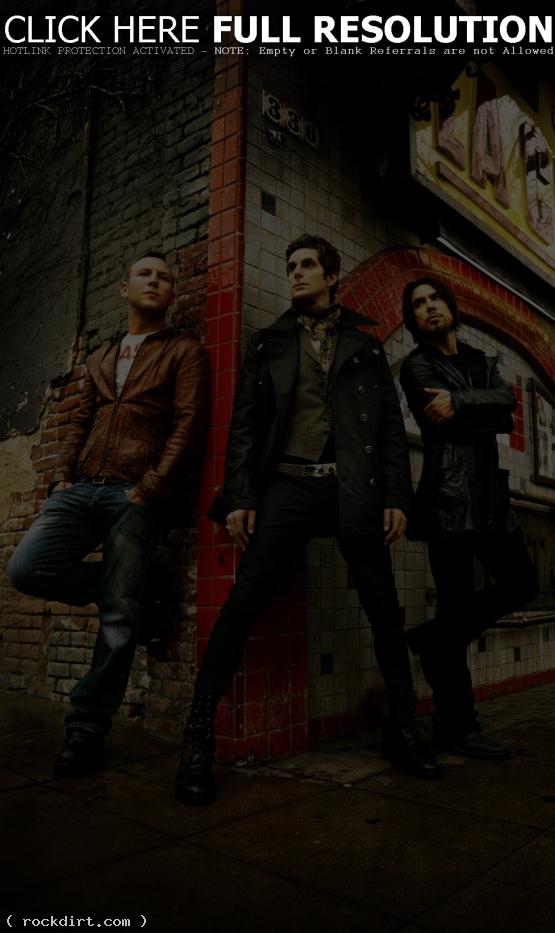 Jane’s Addiction have partnered with ArtistDirect to debut the music video for their track ‘End To The Lies’, which comes from the band’s upcoming album ‘The Great Escape Artist’. To direct the video, the band enlisted the help of ShadowMachine Films. The video can be viewed below.

“I’m really happy to work on this video for “End To The Lies” with Alex. He clearly gets what Jane’s Addiction is about and the roots of where we came from. We came up in a very artistic community,” said guitarist Dave Navarro. “This video encompasses that through merging LA streets and street artists with sexuality and the beauty of music. There is no better way to define what this band has always been about.”

Jane’s Addiction will release their new album ‘The Great Escape Artist’ in August through Capitol Records.

May 29, 2011 rockdirt Multimedia No Comments 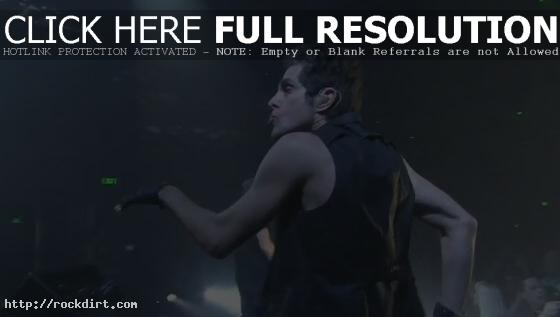 The full set from Jane’s Addiction’s special performance at the Google I/O After Hours party the other night has been made available online by YouTube. The 42-minute set consisted of classic Jane’s tracks, as well as ‘End To The Lies’, from the band’s forthcoming new album ‘The Great Escape Artist’, which is due out this August through Capitol Records. Watch below.

May 12, 2011 rockdirt Multimedia No Comments