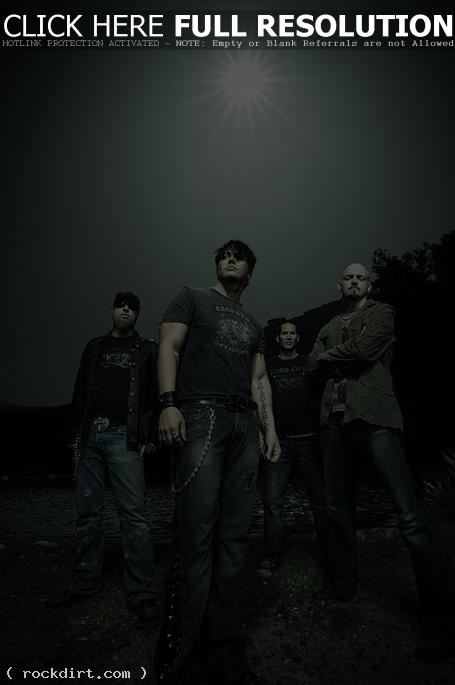 Fuel are out with the video to their new single ‘Wasted Time’, from the band’s fourth album ‘Angels & Devils’. Watch it below. 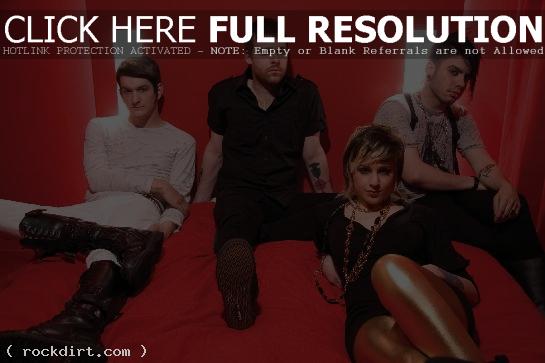 Daughtry To Collaborate With Fuel’s Bell Even After Rejection

Fuel’s Carl Bell is on a list of rockers that includes matchbox twenty singer Rob Thomas, Three Doors Down singer Brad Arnold and SR-7 singer and Bo Bice collaborator Mitch Allan, who are writing tunes with ‘American Idol’ season five finalist Chris Daughtry for his forthcoming debut album. “I’m writing on my own, as well as getting together with some great artists and songwriters who I’ve always respected and who have expressed an interest in collaborating with me,” Daughtry said in a statement, according to MTV News. “It’s been thrilling to approach this album as a new canvas, with the experience of the show and such an incredible year to draw on.” Read more.

Though rumors of Chris Daughtry taking Fuel’s vacant frontman slot have been circulating since he was voted off ‘American Idol’, and after its band members offered him the job, Daughtry tells the York Daily Record it’s unlikely he’ll make the move. What he does want to do is work with Live, after singing with Ed Kowalczyk during the ‘Idol’ finale. “I think it’s a very good chance,” he said. “We’re already talking about collaborating in the near future, even on songwriting. We stay in touch.”

Daughtry Says No To Fuel

Though Fuel offered ousted ‘American Idol’ finalist Chris Daughtry the chance to front their band 13 days ago after his surprise elimination from the program, TMZ has now learned that Fuel isn’t expecting a thumbs-up from Daughtry, and has started to look at other options.

May 24, 2006 rockdirt Uncategorized No Comments

‘Extra’ correspondent Terri Seymour showed ousted ‘American Idol’ finalist Chris Daughtry Fuel’s offer to make him their new lead singer. “That’s really cool,” Chris said. “I’m flattered. You know, I don’t want to say yes, and I don’t want to say no right now. I just want to make sure what I decide on is the right thing for me.” Read more, and watch video here.

May 13, 2006 rockdirt Uncategorized No Comments

On Thursday, Fuel bass player Jeff Abercrombie and songwriter/guitarist Carl Bell came straight to ‘Extra’ to offer ousted ‘American Idol’ finalist Chris Daughtry a chance to front the band and replace Brett Scallions, who left the group. “Chris, if you are watching, we’ve talked about this before, and if you want to entertain it again we’ll take it and go,” Abercrombie offered. Read more and watch video here.

May 11, 2006 rockdirt Uncategorized No Comments

‘American Idol’ finalist Chris Daughtry brought down the house Wednesday night with his rendition of Fuel’s hit ‘Hemorrhage’, a performance that impressed the guys from Fuel themselves. The band’s bassist Jeff Abercrombie tells ‘Extra’: “Wow. What a great job. This guy delivered. And he delivered like he’d written the song himself.” Read more, and watch video, here.

Fuel and Sharon and Ozzy Osbourne were on hand at the Sony Music Entertainment Post-Grammy Party at Maple Drive Restaurant on Sunday (February 8) in Beverly Hills, California. Check out pictures from RexFeatures.

Ben Jelen, C.C. DeVille of Poison, Corey Taylor of Stone Sour and Slipknot, Fuel, System of a Down’s Shavo Odadjian attended ‘The Rock and Roll Carnival’ hosted by Coming Home Studios and Grammy-Nominated band Godsmack at The Avalon on Saturday (February 7) in Los Angeles, California. Check out pictures from RexFeatures, GettyImages, and WireImage.