Antiquiet.com’s Skwerl was arrested this morning after posting songs from the long awaited Guns N’ Roses album ‘Chinese Democracy’ at the web site. The 27-year-old, whose real name is Kevin Cogill, was charged with suspicion of violating federal copyright laws. Cogill was ordered to appear in court for a preliminary hearing on September 17th. Bail is set at $10,000. Check out details and reaction at antiquiet.com.

The Cab are out with a home video for the demo version of ‘I’ll Run’, a track off their upcoming album, featuring a special introduction from Ryland, Alex and Gabe of Cobra Starship. Watch it via YouTube below.

Fox 5 in Atlanta reports that Kid Rock was arrested in Atlanta overnight in connection with a brawl at a Waffle House in DeKalb County. The rocker visited the restaurant at 5:15 AM on Sunday morning after performing at The Tabernacle. A customer there recognized a woman in Rock’s entourage, and the two exchanged words, followed by an argument, followed by a fight in the parking lot. Police then arrested Rock, five members of his entourage, and the guy which prompted the brawl, Harlen Akins, charging him with one felony count of second degree criminal damage to property for allegedly smashing a window at the restaurant. Rock was released from DeKalb County jail just after 5 PM on Sunday.

Scott Stapp’s wife Jaclyn Nesheiwat Stapp claims that she was “in fear for her life” when the former Creed singer flung a glass bottle of Orangina at her face during an alleged incident Sunday morning. Jaclyn called 911 after Scott stumbled into their $5 million mansion around 8:00 AM and got “very angry” when she asked if he was “using drugs.” Stapp was arrested on suspicion of domestic assault with intent to commit a felony. After spending a night behind bars, a judge lowered the original booking charge to a misdemeanor. Read more.

BBC News reports Babyshambles singer Pete Doherty has been arrested on suspicion of possession of a Class A drug. The 28-year-old was taken to a police station on Saturday night and remanded on bail until June, a Scotland Yard spokesman said. Read more.

TMZ reports Scott Weiland’s wife Mary was arrested over the weekend after cops say she torched the Velvet Revolver frontman’s $10,000 wardrobe in front of the couple’s home in Toluca Lake, California. Read more.

Yet Another Arrest For Pete Doherty

The People reports Babyshambles singer Pete Doherty was arrested yet again on Saturday (January 13) after he and two pals were stopped in London in a car cops claim was stolen. Read more.

The People reports Babyshambles singer Pete Doherty was arrested on Saturday (November 18) for possessing crack cocaine. The singer was stopped by cops as he was erratically driving a Jaguar at 8:20 AM with three pals. “His driving was all over the place,” a police source said. Kate Moss was said to be furious with Doherty, who was bailed out later, because the rocker had vowed to quit drugs. Read more. 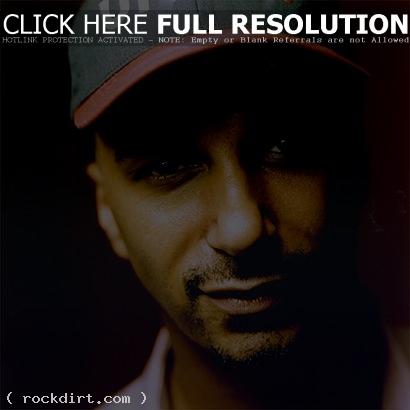 CBS 2 in Los Angeles reports that former Creed singer Scott Strapp was arrested on Saturday for allegedly being drunk at Los Angeles International Airport. The previous day, the singer was married in Miami to Jaclyn Nesheiwat, a former Miss New York. Stapp tried to board a plane on Saturday at LAX but was allegedly so drunk that airline personnel would not let him on.