You Me At Six Very Disappointed Having To Cancel Australia Concerts 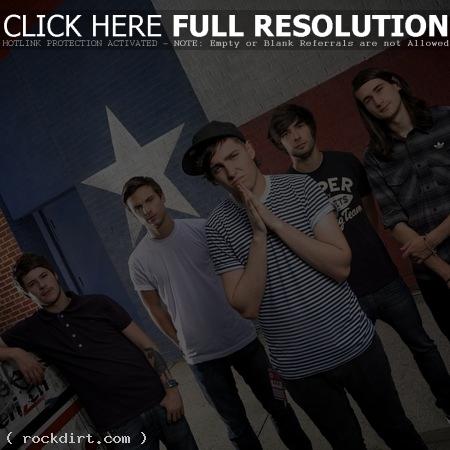 Josh Franceschi of You Me At Six checked in with his Facebook friends on Wednesday (May 4), talking about the band’s feelings about to having to pull out of the Mix ‘N’ Mash tour with Parkway Drive, which was due to begin later this month. The singer tells readers:

AUSTRALIA: I can’t even put into words how difficult the decision to pull out of the Mix N Mash tour was. Dan and I will be doing a live Ustream in an hour to talk to you all and explain some stuff. We’ll be on your side of the world sooner than you think.

Reading through all your comments on FB and twitter…I can see you’re all very disappointed. I completely understand. Some of you are now claiming you hate us and that we’re like every other band who ‘stiff the Aussies’, I’m not quite sure what that means, but I do know this, Australia has been unbelievably good to us, pulling out of the Mix N Mash tour was an absolute LAST RESORT….

…As some of you may also know, we just had the news of Blink postponing their tour, which we now can’t do next year. We know first hand how annoying and frustrating this whole thing is. Yes, we’re pissed we don’t get to come to AUS, yes we’re pissed we’re letting down our friends in PWD, but most importantly, WE’RE PISSED WE’VE LET YOU DOWN. It’s not something we plan on making a habit of, believe me….

…Everything we talk about on the Ustream chat I will then type into a blog, I think once you hear things from our side and hear the news about our soon to be announced dates for AUS you will all feel good again. Josh x