Winds Of Plague ‘Refined In The Fire’ Video 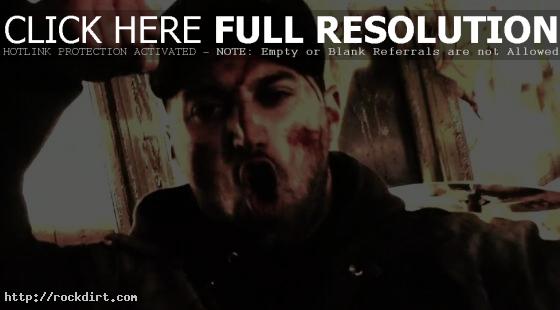 Winds of Plague are out with the music video to their new single ‘Refined In The Fire’, off the Upland, California deathcore band’s fourth studio album ‘Against the World’, out now on Century Media Records.

“Being a big fan of both horror films and Halloween we wanted to do a video to tie into both,” vocalist Johnny Plague remarked about the Jeremy Schott directed video. “We created a video set in a post apocalyptic era… Not too long into the video you realize the cause of the end of society as we know it, ZOMBIES! I play the role of zombie slaying bad mother fucker roaming the dessert looking for salvation. Instead i find a shack infested with all sorts of evil. To capture this horror based music video i recruited my people at Knotts Scary farm. Designer Brooke Walters as well as a legion of monsters. Happy Halloween followers of Plague, stay bloody!”