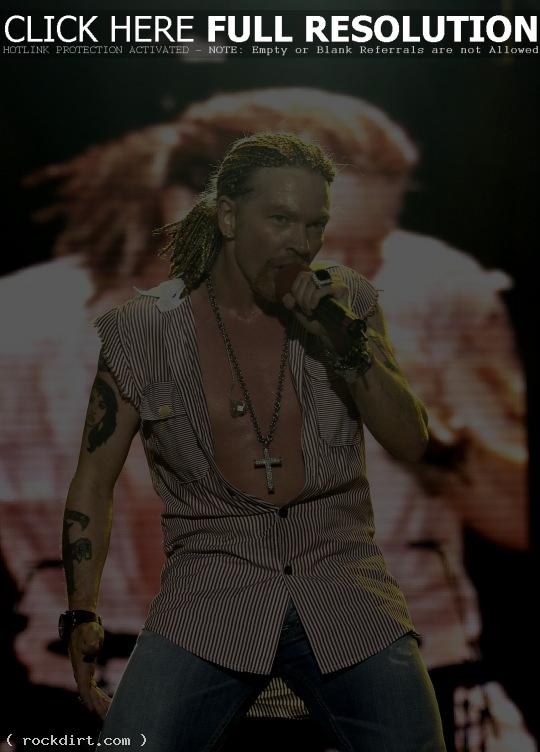 Sources tell The New York Post that Guns N’ Roses frontman Axl Rose was spotted at the Miami night club Snatch earlier this week, partying until 5 AM. The rocker’s fun included a five-minute ride on a mechanical bull and a saucy show from his girlfriend Sasha, who spent the night dancing on poles and bar tables. Rose told the audience at the band’s show the following night in Fort Lauderdale: “I don’t remember where I was… but I know it had something to do with a mechanical bull.”