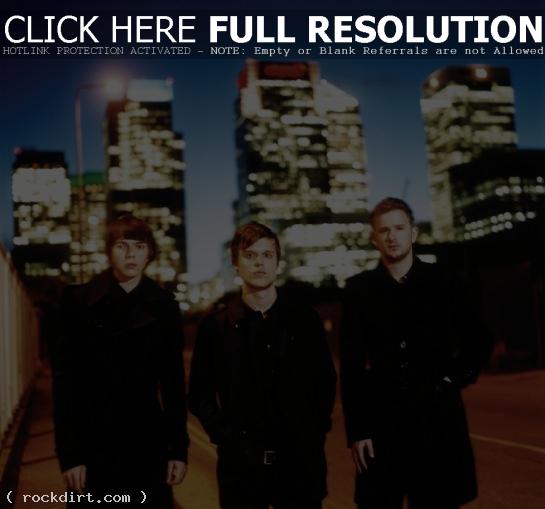 Eric Corton of 3FM interviewed British alternative rocker band White Lies at the radio station’s studio inside Vera in Groningue, The Netherlands on Thursday (January 15), talking about getting comparisons to Joy Division and Editors, being tipped as the next big thing, hoping people connect with their debut album ‘To Lose My Life…’, and not worrying about negative reviews. White Lies were in town for the Eurosonic 2009 European showcase festival. Watch the interview below the cut.