We Are The In Crowd ‘Kiss Me Again’ Video 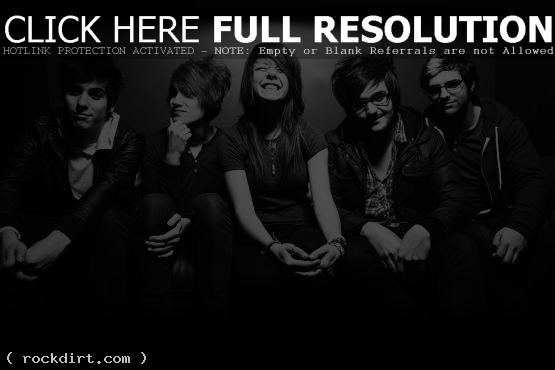 We Are The In Crowd are out with the music video for their new single ‘Kiss Me Again’, featuring Alex Gaskarth from All Time Low. The song is off the Poughkeepsie, New York pop punk band’s first full-length album ‘Best Intentions’, out now on Hopeless Records.

When asked about the video, We Are The In Crowd singer Tay Jardine responded, “It was quite the experience because I was sick. I had bronchitis and I had to stand outside in a dress in freezing cold weather.” Guitarist/singer Jordan Eckes added, “I ruined a lot of those shots because I was looking out the window the whole time. The director [Asher Levin] was freaking out, ‘Get him out of that window!'”

April 2, 2012 rockdirt Multimedia No Comments
«The Used Announce They Will Be Playing The 2012 Vans Warped Tour
The American Scene ‘Why I’m Not Where You Are’ Acoustic Video»