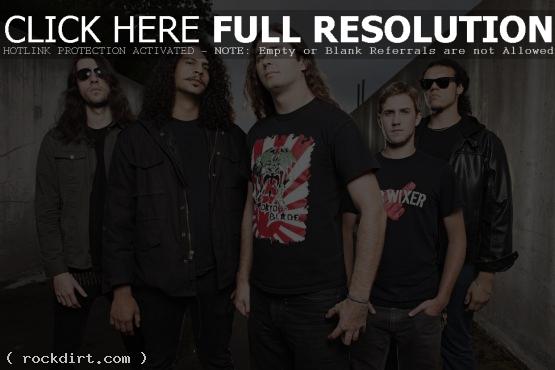 In regards to this behind the scenes video clip, Laux said, “We are very excited about the latest and greatest official Warbringer promo video clip! We had a great experience working with director Dave Vorhes and his team. They used a number of DIY style tricks to create a very unique and professional environment for the ‘Shattered Like Glass’ video. We had a blast using smoke and mirrors to escape the trappings of another metal warehouse video. The aim is to have a very dark, horror movie kind of feel in this video. We’re looking forward to seeing the finished edited clip, which will be out before our new album is released September 27th.”