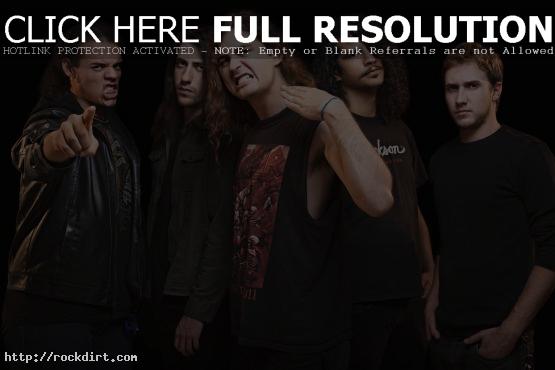 Warbringer bring together their raw aggression on their third album ‘Worlds Torn Asunder’, scheduled for a September 27th release date on Century Media Records. ‘Worlds Torn Asunder’ was produced and mixed by the Steve Evetts and features artwork by the Dan Seagrave, who designed Warbringer’s previous album cover.

“The concept behind ‘Worlds Torn Asunder’ was the decline of our existing world at the hands of the human race,” vocalist John Kevill said about the artwork for the album. “The artwork depicts the world literally being torn and we wanted to include the setting in the cosmos along with a darker ‘higher’ force lurking behind the shadows. We had worked with Dan Seagrave before on ‘Waking Into Nightmares’ and were very comfortable with the way he expressed himself. He’s been the artist for many bands we love and are inspired by.”

‘Living Weapon’ is the first single from ‘Worlds Torn Asunder’, and will be released in the coming weeks. In the meantime, fans of the Ventura, California thrash metal band can check a behind-the-scenes look at the making of the album at YouTube.