VersaEmerge On How Headlining Tour Differs From Warped 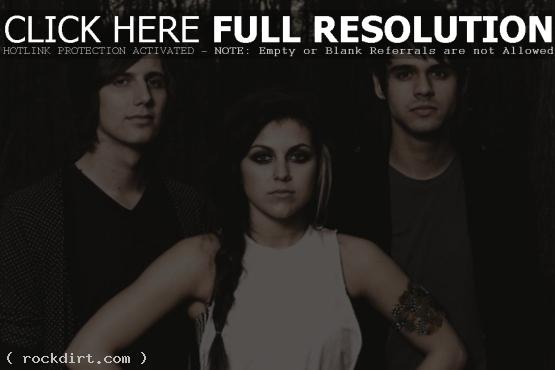 Sierra Kusterbeck and Blake Harnage from VersaEmerge stopped by the Fueled By Ramen Studio to discuss their summer on The Warped Tour, what fans can expect from The Vultures Unite Tour, music they’ve been listening to lately, and how they choose which songs they cover. “On Warped Tour, we wanted to start with a bang, and hit people in the face with the first three songs and really keep it going,” Sierra explained about how their headliner differs from the festival dates. “So people were walking by and were like ‘Oh, what’s this?’ You don’t really want to slow it down much because you only have 30 minutes to kind of capture these people. So you have 30 minutes of high energy, non-stop keep it going, so that was the goal for Warped Tour. Now, it’s people that know us and we definitely know that they love us because they tell us everyday, whether it’s on Twitter or anything on the internet, and we’re exited. We’re doing it kinda for them. We’re taking our time and really going through what they want to here.” Watch the interview via YouTube below.

«One eskimO Live Set At Portland’s Kink.fm
Cradle Of Filth ‘Forgive Me Father’ Video Making Of»