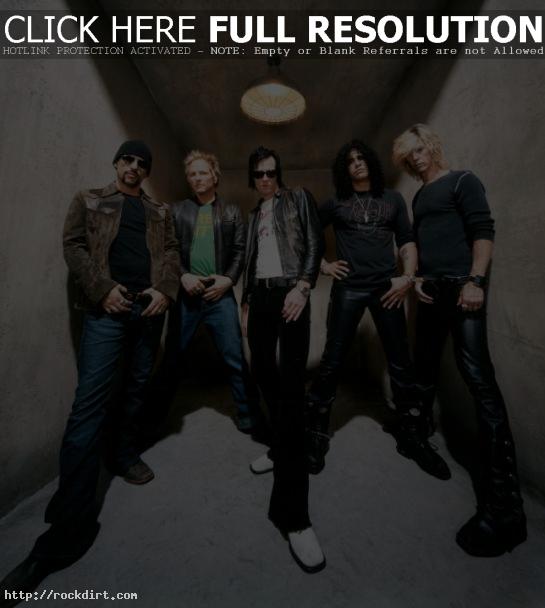 Velvet Revolver members Matt Sorum and Scott Weiland recently spoke to RollingStone.com about the progress of the songwriting sessions for the band’s follow-up to their double-platinum 2004 debut, ‘Contraband’, tentatively titled ‘Libertide’. “The first one was definitely a rocking, punky, bashing record. We really want to make a deeper album this time,” Sorum said. “The other record was more of a collaboration now we want to see what everyone brings to the table on their own. It’s cool when people come in with an idea without the usual collaborators, ’cause it can totally spark.” Weiland added, “It’s going great. We have about fifty songs. We have to whittle it down, record twenty and then pick about sixteen.”