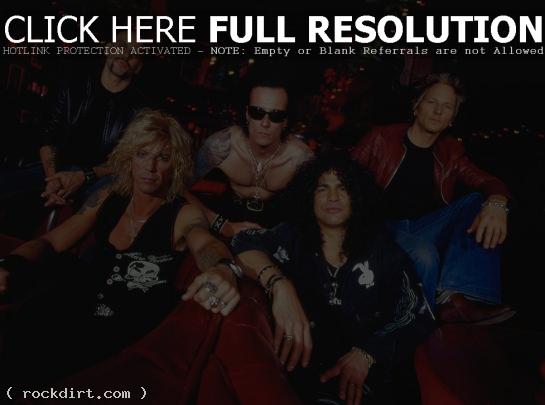 Time Off magazine caught up with Velvet Revolver frontman Scott Weiland and bassist Duff McKagan, revealing that though the band had written about 50 songs before Weiland’s arrival, only three tracks on their ‘Contraband’ debut were written prior to the singer’s arrival. “That whole list of songs,” Weiland said. “90 percent of them were written before I got there. I got a CD of all the stuff and sussed through it – I had to pick out what I could wrap my head around [and] make my own. There were times on STP records where I sort of compromised my ideals a little bit. In those moments it always felt like I was selling myself out. It’s not that I felt they were bad songs – they were just something I didn’t connect with emotionally. So I went into this having made a decision to never do that again.”

«The Kills Perform In London
Tommy Stinson Performs In Atlanta»