U2 Win Album Of The Year Grammy 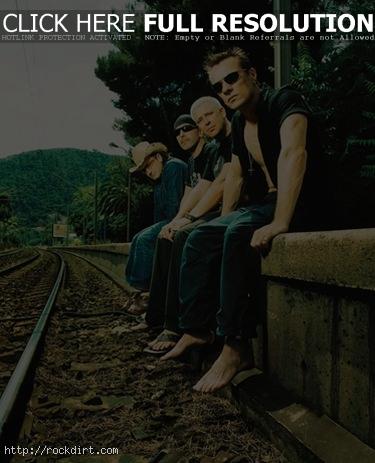 U2 won Album Of The Year for ‘How To Dismantle An Atomic Bomb’ at Wednesday night’s Grammy Awards. “Well, we have — this is our second album of the year, but we’ve lost two, ‘All That You Can’t Leave Behind’ and ‘Achtung Baby’. I know how it feels,” Bono told the audience. “Kayne you’re next. He’s a great artist, been on the road with us, extraordinary. Listen, to be in the company of Paul McCartney, who discovered the country that we’re all living in is a true honor indeed. Yes, sir. Mariah, yeah you sing like an angel, really something else, and what about Gwen? This is the heart of Hollywood. She’s like Carole Lombard. She’s an extraordinary girl. I don’t know what to say. This is really a big, big night for our band. If ever there should have been a record called ‘Sometimes You Can’t Make It On Your Own’, it should have been this one. We had a lot of producers, Flood, Nelly Hooper, Jack Knifely, Carl Landville, Chris Thomas, and our friend Steve Lilywhite. Yes, yes.”

February 9, 2006 rockdirt Awards No Comments U2