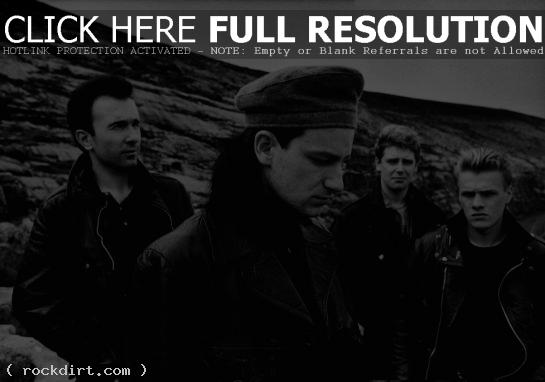 MTV’s Gideon talked to Bono and The Edge following the Video Music Awards last night where they revealed they thought the award was premature.

I am lucky enough to be with true video vanguard winners, u2, thank you so much for joining me. You won the video vanguard award which we give out each year who to someone who blows away competition over a whole time span. What did you feel like to take that home?

The Edge:
We have always felt that our video, archive is a bit mixed so on one level is felt like a great honor but not only did we feel that maybe it was a little premature but also felt quite humbled that mtv would choose us for this award, because I’m not sure we feel we deserve it ultimately. I mean we have had one or two good videos but a lot of the time, what you would think, Bono?

Which ones do you regret, then?

Bono:
Well, most of them i mean is the truth. This is like two or three i think are okay, but a lot of them.

Bono:
I find them e excruciating myself but then again edge wants to remix every u2 record we have ever made and no one likes seeing their own photograph, do you? Summer snaps come home and wow he’s right out there. And you know, yes we’re interested in the format, it’s been exciting for us to get a chance to play with, you know videos and some great directors out there, and theon koshin and people we worked with, spike jones there tonight. People are using these things and making something very special with them. But and I think we have made some special videos.

September 7, 2001 rockdirt Awards No Comments U2