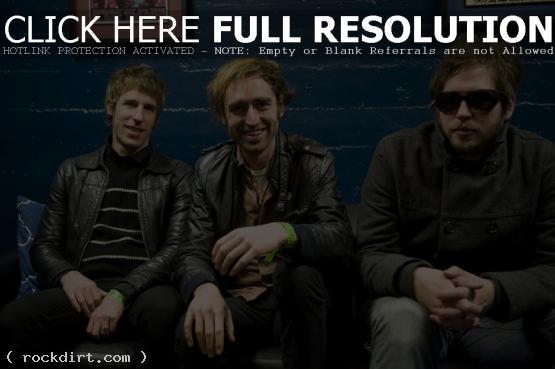 A Place To Bury Strangers checked in with their Twitter followers (@APTBS) last month with an interesting ultimatum after their show in Eindhoven, The Netherlands. Did the New York City based rock group really have footage of their gear getting jacked or was it a clever way to snuff out the thief? They write:

Why? 1 Mosrite bass and Fender Jaguar stolen from the stage in Eindhoven tonight. If you see someone on the street with them beat the sh** out of them.

Return guitars to the venue tomorrow, no questions asked or charges laid. If not, we have the theft on camera and will report it to the police.

You have about 1 hour to take the guitars to Feedback Music Store. We have the footage on camera and will hand it over to police after that.

The guitar and bass were returned today!

The guitar and bass were returned this morning! Thank you all for your concern!

August 9, 2011 rockdirt News No Comments A Place To Bury Strangers