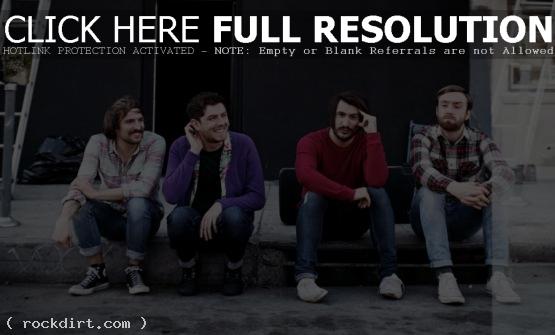 Twin Atlantic will release ‘Free’, the follow-up to the Glasgow band’s 2009 mini-album ‘Vivarium’, digitally on May 3rd in the U.S. via Red Bull Records.

‘Free’ was recorded at Red Bull Studios in Santa Monica with producer Gil Norton (Foo Fighters, Pixies, Jimmy Eat World). In describing the new batch of songs, frontman Sam McTrusty explained, “We wanted there to be a brutal honesty in the lyrics. There are love songs and relationship songs, there are some with a party vibe, and there are some that are weird, heavy and grungy pop songs.” Guitarist Barry McKenna added, “Personally the only thing I wanted to achieve from this whole process is an album the four of us could stand by and invest ourselves in. We have done that.”