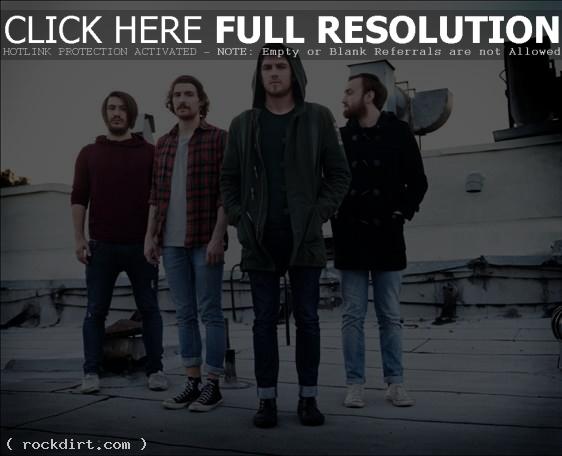 Glasgow
Twin Atlantic have announced plans for a U.S. tour supporting AWOLNATION along with Middle Class Rut. The trek begins November 2nd in Bakersfield, California and concludes on November 23rd in Philadelphia, Pennsylvania.

The Glasgow, Scotland band is touring in support of their debut full-length ‘Free’, which was recorded at Red Bull Studios in Santa Monica, California with legendary producer Gil Norton. In describing the batch of songs that make up ‘Free’, frontman Sam McTrusty said, “We wanted there to be a brutal honesty in the lyrics. There are love songs and relationship songs, there are some with a party vibe, and there are some that are weird, heavy and grungy pop songs.”

McTrusty added that Twin Atlantic are excited to get back to the states for their first U.S. tour since the release of ‘Free’. “Touring in America is such a great experience; we love the music culture over there and everything that surrounds it,” he said. “Really looking forward to touring with two bands we love and getting to make new fans and play our new record to the fans we’ve already made stateside.”