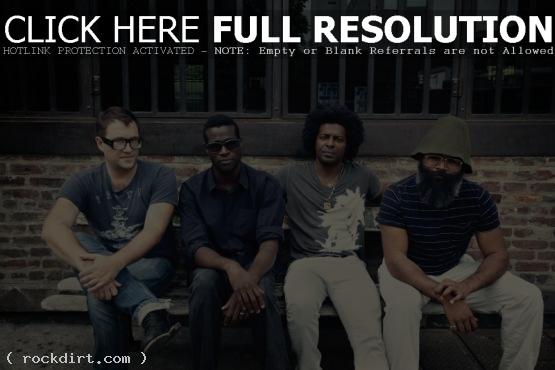 Rdio.com is featuring TV On The Radio’s new EP, ‘World Cafe Live’, a live recording of the Brooklyn indie rock band playing an exclusive set at NPR’s The World Cafe, hosted by David Dye. The session was recorded at The Village Studios in Santa Monica and features three cuts from their latest album ‘Nine Types of Light’ – ‘Caffeinated Consciousness’, ‘Will Do’ and ‘Repetition’, along with ‘Red Dress’, which is on their 2008 album ‘Dear Science’. Listen to ‘World Café Live’ below.

September 5, 2011 rockdirt Multimedia No Comments TV On The Radio

«Alice Cooper: Lady Gaga Is Most Like Me
Blink-182 ‘Up All Night’ Video»