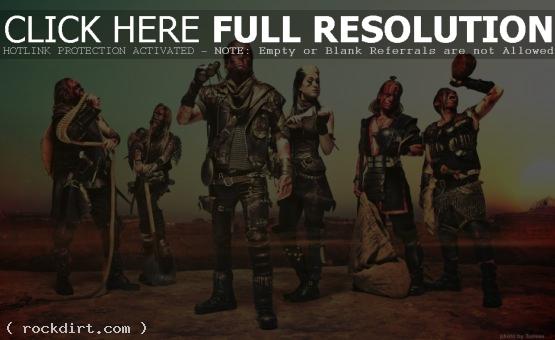 Battle metallers Turisas will be heading back to North America this spring for Guitar World, Full Metal Jackie, and Metal Injection present: “PaganFest: America Part III”, their first-ever US headlining run! Joining the Finnish sextet on their triumphant return to the States is a gathering of bands from across the world: Scotland’s Alestorm, Russia’s Arkona, and the U.S. band Huntress. In regards to their departure from PaganFest, EX DEO’s Maurizio Iacono comments:

It is with deep disappointment that I am obliged to pull Ex Deo off this year’s PaganFest. We were all excited to play this festival and premier some new material, but unfortunately our new album ‘Caligvla’ has been delayed, and we need to finish it and make it perfect. Add to that, the Kataklysm DVD is also on its final production phase…We decided it would be best to concentrate on giving every bit of attention to the album you have been waiting for, and also for the Kataklysm documentary to kick major ass.

This being said, we will still perform with Ex Deo on the Montreal & Toronto shows with PaganFest, as we will be in studio in the area, closing up the album ‘Caligvla’. Everything else is cancelled for Ex Deo. We will return to support the album in the fall…

Word from Rome is that the plans are already in motion for world conquest! We ask our fans to support PaganFest and the great bands playing this year!

In conjunction with Guitar World, Full Metal Jackie, and Metal Injection, exclusive PaganFest contests and behind-the-scenes content from all the bands on this epic bill will be launched in the coming weeks.