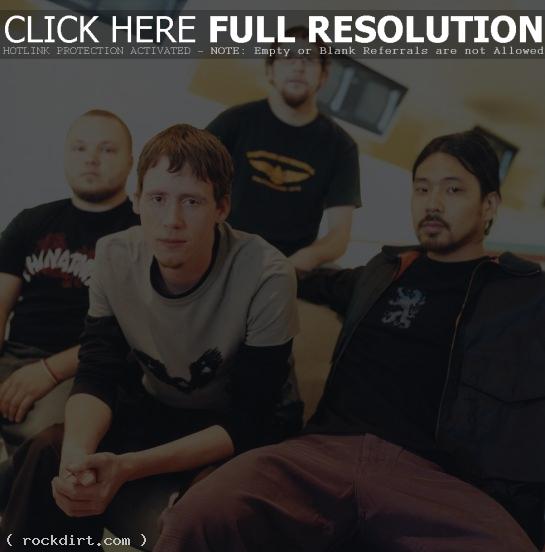 Neal Weiss of Launch.com caught up with Kevin Palmer and Jason Singleton (whom they mistakenly refer to repeatedly as Justin) of TRUSTcompany and asked the group if someone were to force them to describe what their band sounds like, what would they say. “That’s always the toughest question. But like I said before I think we’re a product of our influences, as every band is, and we listen to a variety of stuff–bands like the Deftones that have a harder edge, those are bands that I’ve always loved,” frontman Kevin said. “But I’m also a fan of bands like Sunny Day Real Estate and Smashing Pumpkins that have softer vocals and singing melodies–I’m a sucker for a chorus. We like to have big heavy riffs that can rip someone’s head off, but we usually lay our softer vocals over it, cause I have a softer voice, though every once in a while the vocals will come out and hit hard.”

«Sum 41 On TRL Monday
The Osbournes Are Pimping Everything»