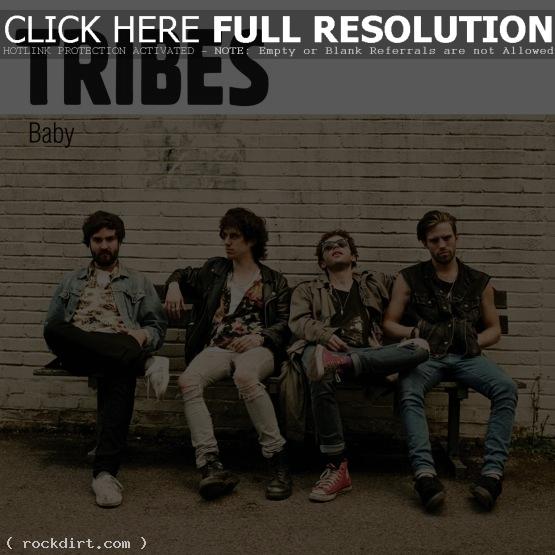 Tribes singer singer Johnny Lloyd tells NME that the London indie rockers are already readying a follow-up to their debut album ‘Baby’, which was released in January on Island Records. “We want to get the new album out early next year. We’ve been talking with Island about when we’ll put it out,” Lloyd said. “We started recording ‘Baby’ in April last year so we’ve had those songs for a long time and we want to be constantly on the road and the only way we can do that is by constantly putting stuff out. We’ve been working quite hard on a batch of songs for the new record. I’d like to get it out early next year, but I’m not sure the label will like that.”