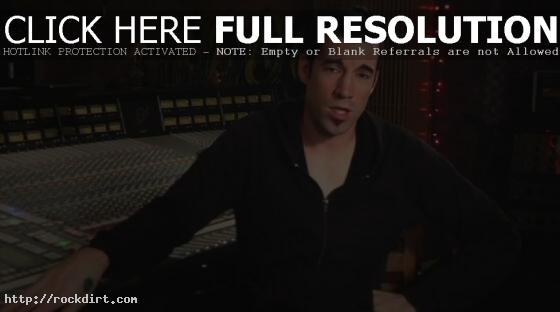 Ever wonder it’s like being a rock star? Join Theory of a Deadman frontman Tyler Connolly as he gives you a tour of his house, home studio and what it’s like to record an album. Pre-order the Canadian rock band’s new album ‘The Truth Is…’ ahead of its July 12th release from iTunes.

“I’ve got a little live room in here too,” Tyler said. “Jam in here. My neighbors haven’t complained yet. They’re really cool with me, because sometimes I crank my guitar so loud people come over and say, ‘Dude, I can hear that from the street man. It’s really loud.'”

Tyler is then seen hopping in his car en route to Mix LA and talked about doing vocal warm-ups when driving, which occasionally has people giving him funny looks. Watch it via YouTube below.