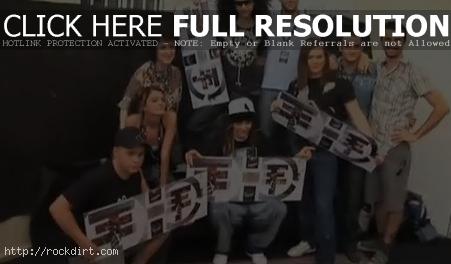 Tokio Hotel TV episode 35 features the German rock group discussing their concert at Modena, Italy on July 11th and what their future plans are. “I want to explore new heights and include songs with new influences,” Tom Kaulitz said of the group’s new album, “but first we need to figure out what the overall direction will be. The music and our characters need to fit. But I also want to surprise people with the new album. I want to include songs where people don’t recognize it right away as Tokio Hotel. While listening to the song they should identify that it’s representing the real Tokio Hotel sound… so the first few riffs can be a little misleading!” Watch the segment at YouTube.