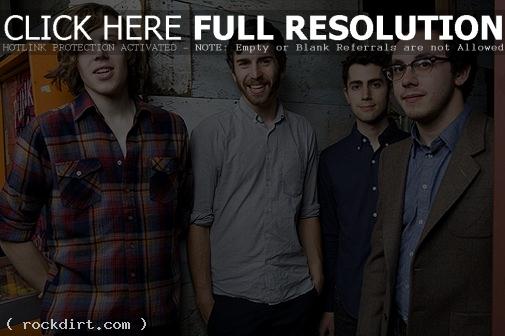 Tokyo Police Club keyboardist Graham Wright spoke with mxdwn.com about the Canadian band’s latest project that saw them record 10 cover songs from the years 2001-2010 over the course of 10 days. Asked about the biggest challenge with the project, Wright said:

We have a tendency to get bogged down in the studio; it just comes from our nature as being sort of perfectionists and being all over the place and having four different strong voices all wanting to contribute. Even at the best times in the studio, when we’ve had lots of time to do stuff, there’s been some long serious roadblocks that you have to navigate around, which is part of being creative. But, not only do we have only have ten days, but we only really have one day at a time.

The project resulted in covers of tracks by Moby (‘South Side’), Jimmy Eat World (‘Sweetness’), The Strokes (‘Under Control’), Kelly Clarkson (‘Since U Been Gone’) and more. Check out a stream of the tracks below.