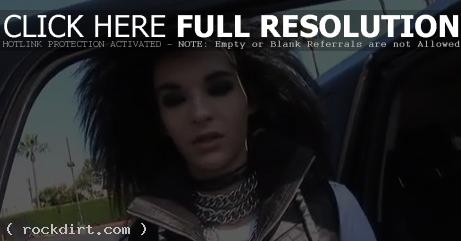 Tokio Hotel TV episode 43 documents the German rock group’s appearance at the 2008 MTV Video Music Awards in Los Angeles, including a lengthy stop on the red carpet and the moment they won the Best New Artist award. “I think I’ve never been this nervous before entering a red carpet,” singer Bill Kaulitz admitted. “Usually I’m totally chilled but today I’m really nervous. There is so much that can go wrong.” Watch the VMA highlight clip at YouTube.