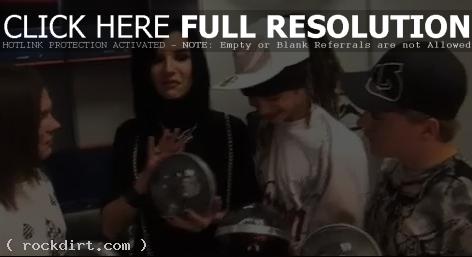 Tokio Hotel TV episode 28 features the German rock group back home for the VIVA Comet 2008 awards. The guys went over the red carpet arrival plans before arriving to the event to a crush of female admirers. After signing autographs, the awards began and they won four. Backstage afterwards, Bill said, “This is the best night ever! Thanks to everyone who called in for us tonight and voted like crazy on the web. Thanks so much to all our fans, for making this a terrific night!” Watch the clip at YouTube.