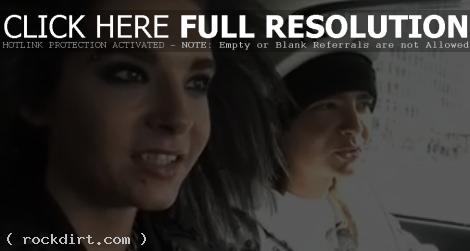 Tokio Hotel TV episode 18 features the German rock band continuing their visit to Toronto, where the guys talked about an “awesome” show the previous night as they were being driven to an interview with MTV Canada. Then it was off to MuchMusic, where Bill Kaulitz talked about having “the best fans ever” while Tom said the audience energy gives them energy. The segment ends with the guys performing ‘Break Away’ at the Much. Watch the clip at YouTube.