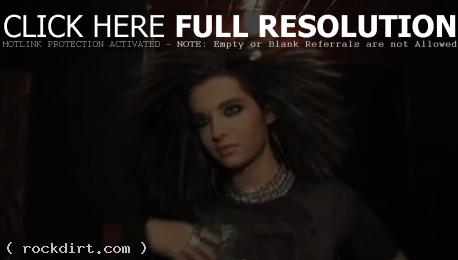 Tokio Hotel TV episode 20 continues the German rock band’s visit to Los Angeles as the guys prep backstage for their gig at The Roxy, where Bill Kaulitz admitted to being “so nervous”. After the show, the guys headed to the airport to fly to New York, where Bill talked about meeting people from their record label and hanging out with Jay-Z and Nicole Scherzinger of the Pussycat Dolls, not getting any sleep in the process. Watch the clip at YouTube.