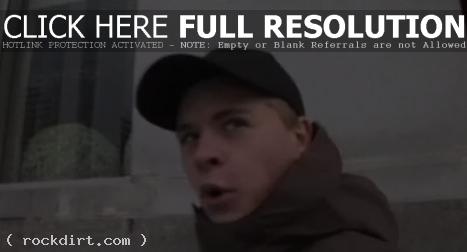 Episode 15 of Tokio Hotel TV features the German rock band making a visit to Montreal, Canada. Gustav Schafer complained about the cold weather and snow, but was impressed with the beautiful women in the city. The group spoke with the media for a bit before checking out their hotel rooms. They talked about being shocked as a German band finding international success and their MTV EMA performance with indoor rain. The clip ended with the guys running into a couple of their female fans and a preview of the next episode. Watch it at YouTube.

«The Red Paintings ‘We Belong In The Sea’ Video
Panic! At The Disco ‘Pretty. Odd.’ Commercial»