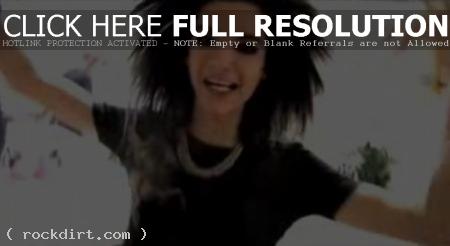 Tokio Hotel TV episode nine features the German rock band behind the scenes, talking with the band’s guitar tech, video director, the rigging guy, and the caterers. Then, the guys talked backstage before the final show of a tour before chowing down on singer Bill Kaulitz’s favorite dish, Königsberger Klopse, a German dish consisting of meatballs in a white sauce with capers.

“I think it will be a fantastic final show,” Bill said. “Yesterday we had a day off to relax from the MTV Awards. Now we are looking forward to performing tonight and I think it’ll be great.” As for their post tour plans, Bill said, “I would love to visit my bed and have an intimate 24 hour relationship with it. But it won’t be possible since some other stuff is already scheduled. It’s great to be back home in Germany though, so we can settle down a little.” Footage ends with their live performance of ‘Break Away’. Watch it at YouTube.