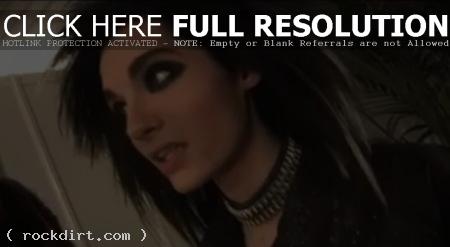 Tokio Hotel TV episode seven features a continuation of the German band at the MTV Europe Music Awards in Munich, where the guys talked about winning an award, who will take it home, and nerves before their performance. Drenching themselves during the performance, the guys complained about being freezing cold afterwards. The group then celebrated at an afterparty. Watch the clip at YouTube.