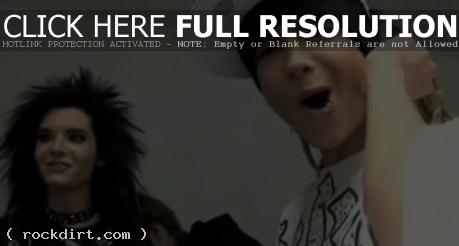 Tokio Hotel TV episode ten features the German band touring Europe. The guys arrived to a swarm of screaming girls in Zurich for their show at Hallenstadion on April 14th. Afterwards, singer Bill Kaulitz said, “We just finished up our first show – everything went really well, nobody fell off the stage and it was so much fun!” Then the band headed off to Paris for a gig at Le Zenith, where Bill could be heard arguing his brother Tom. “We discuss a lot,” Tom said afterwards, “and sometimes it gets serious.” Watch the clip at YouTube.