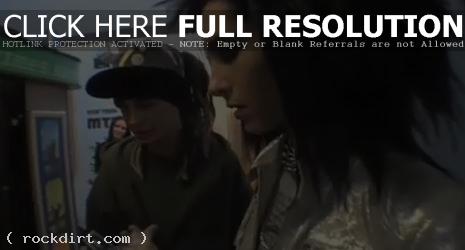 Tokio Hotel TV episode 40 features the German rock group in New York City, greeted by a mob of fans and reviewing their pictures from the MTV Photo Booth after co-hosting ‘Total Request Live’. Bill Kaulitz complained about the lighting when they took the pictures, reviewing some other stars who have posed in the booth on the wall. After signing some autographs, the guys headed to Fuse for another interview. The episode ends with Bill asking fans for support at the MTV Video Music Awards in the Best New Artist category. Watch it at YouTube.