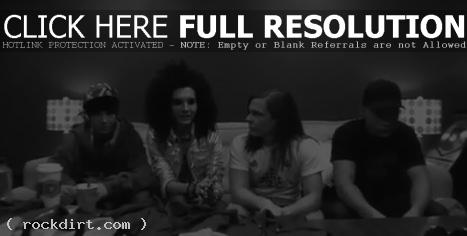 Tokio Hotel TV episode 39 features the German rock group during the making of their ‘Monsoon’ music video. “The shoot was pretty intense,” Bill Kaulitz said. “I had to shoot for two days straight… well, the others too but they got up later in the morning. I only slept tour hours… It was a long shoot but it was great to have a helicopter. We went in there and flew along the beach and we went pretty high up… and obviously we also jumped in the ocean.” Watch the episode at YouTube.