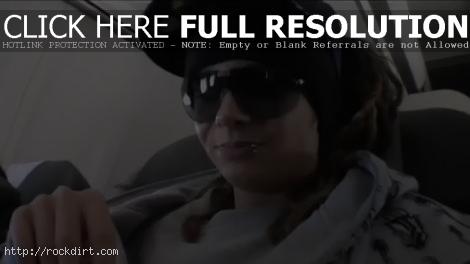 Tokio Hotel TV episode 33 features the German rock group being interviewed mid flight en route to Los Angeles. Bill Kaulitz talked about the guys going to see ‘Hairspray’ the musical the previous night. Bill said, “The musical had an amazing cast – terrific dancers! I am totally astounded what they make happen on such a small stage and how fast the scenes change. The show was longer than 2.5 hours and I wasn’t bored for a second.” Bill also talked about his twin brother Tom, saying his coolness “comes to an end as soon as you talk about death,” which prompted a discussion about movies. Watch the interview below the gold. Watch the clip, where they also talked about their scariest flights, at YouTube.