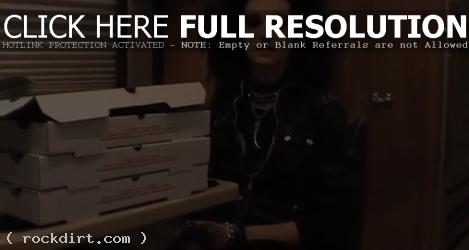 Tokio Hotel TV episode 49 features the German rock band on tour in the US, stopping first in Cleveland. The guys are seen hopping on the tour bus following the show, turning their nose up to the smelly food on board. Next the guys are seen performing in Chicago. It’s back on the bus in St. Paul, with Tom Kaulitz talking about his bandmates playing computer games. After some more concert footage from St. Paul, Georg is seen talking with Gustav about buying his shorts for $5. Watch it at YouTube.