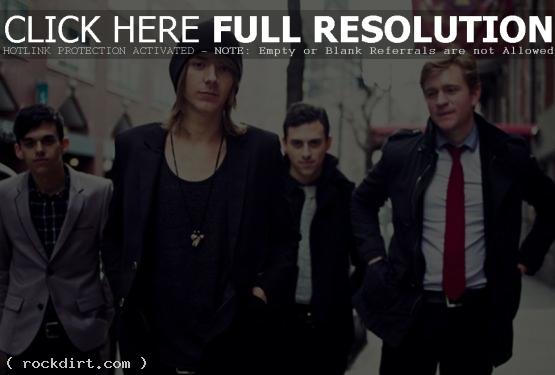 This Century is hitting the road as headliner on The Young & Useless Tour with guests Austin Gibbs and Carter Hulsey. The trek kicks off on July 7th in Scottsdale, Arizona and winds down on August 6th in San Diego, California.

Formed while most of the members were still in high school, vocalist Joel Kanitz, guitarist Sean Silverman, drummer Ryan Gose and bassist Alex Silverman has gone on to perform on the Vans Warped Tour and Bamboozle Left, as well as on tours with such acts as Good Charlotte, The Maine, Forever the Sickest Kids, Never Shout Never, Hey Monday and many more. The Phoenix, Arizona alternative rock band recently released their debut album ‘Sound of Fire’ on Action Theory Records.

June 20, 2011 rockdirt Concert No Comments
«The Antlers ‘Every Night My Teeth Are Falling Out’ Video
Man Overboard Recording Their Rise Records Debut»