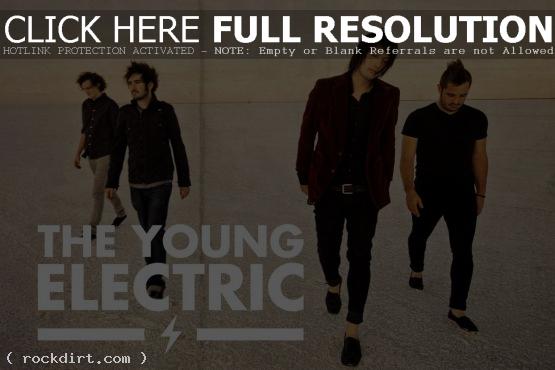 Tragic Hero Records has announced the signing of The Young Electric. Formed in January 2011 by brothers Riley and Drew Hamnett, along with Natty Coleman, and Mat Deason, the Provo, Utah alternative rock band has been working nonstop writing songs, practicing, playing shows, and perfecting their sound. Their debut full length ‘Machines’, which was produced and recorded by Jim Wirt (Incubus, Jacks Mannequin) at Closerlook Recording in Cleveland, Ohio, will be released this November. The first single ‘Golden’ will hit radio on September 19th, with a music video to follow.

In a joint statement, the band says, “We are excited to be a part of a family and team that believe in our music as much as we do. Signing to Tragic Hero Records will enable us to get our passion and art into a much broader audience. We couldn’t be happier.”

Tragic Hero Records founder Tommy LaCombe added, “I’m pleased to be putting a foot back in a direction musically that we haven’t been in a while and couldn’t be more excited to take that step than with The Young Electric.”

Check out The Young Electric’s signing video below.