The Used’s New Album ‘Much More Fun, Much More Powerful’ 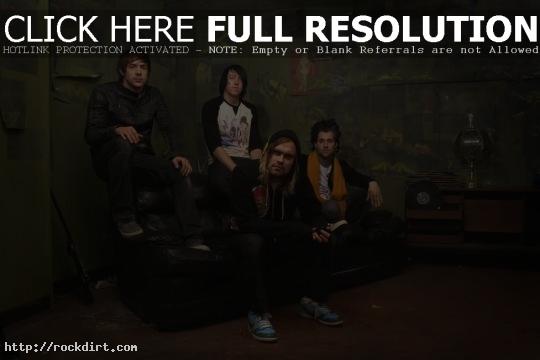 Jeph Howard of The Used spoke with Time Off magazine about the band’s third album, ‘Lies For The Liars’. “Looking at the new record, it’s so much more energetic, so much more fun, so much easier to get into and so much more powerful,” the bassist said. “I feel that Quinn [Allman, guitar] has gone far past his ability. He’s one of my favorite guitar players – and I don’t really tell him that as much as I should – but the stuff that he’s done on this record and the musicianship, and him and Bert [McCraken, vocals] together, I’ve never seen a team like that. The melodies Bert comes up with and sings fit more than anything I’ve ever heard.” The article at timeoff.com.au has since been removed.