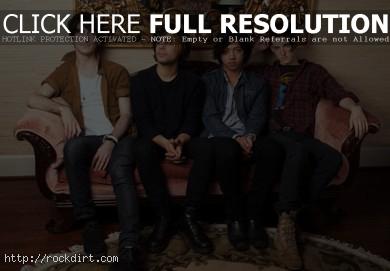 New Jersey indie rockers The Static Jacks have announced plans for an August 30th release of the debut full-length studio album ‘If You’re Young’ through a newly inked deal with Fearless Records, as well as on their imprint Fenway Recordings/Nobody People. Produced and mixed by Chris Shaw (Weezer, Ted Leo), the 12-track album is the follow-up to their 2009 EP ‘Laces’, which earned them opening slots with The Futureheads and The Like, Biffy Clyro, Young the Giant, Titus Andronicus, and Tokyo Police Club, among others.

May 19, 2011 rockdirt News No Comments
«The Darlings Tour In Support Of ‘The New Escape’
Buckcherry ‘It’s a Party’ Video»