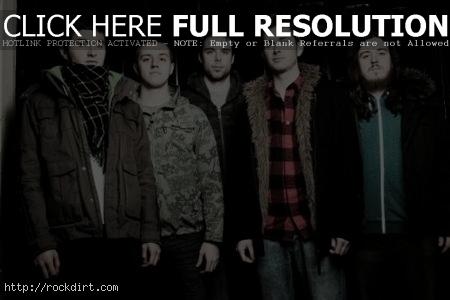 InsideOut Music announced the signing of The Safety Fire. As a part of the ever-growing UK progressive metal scene, The Safety Fire features Sean McWeeney on vocals, Lori Peri on bass, Calvin Smith on drums, and Derya Nagle and Joaquin Ardiles on guitar. The band has already toured with Periphery on their “League of Extraordinary Djentlemen” European run, and now they’ll be hitting the UK with Rise to Remain next month.

“It’s been an exciting year for us so far and signing with InsideOut Music has taken everything to another level,” the band stated. “We are working with some amazing people who are fully supportive of the band, and ready to help propel us on to the next stage of our career. We are all so hyped!” The Safety Fire plan to release their debut album, ‘Grind the Ocean’, in 2012 as a follow-up to their ‘Sections’ EP.