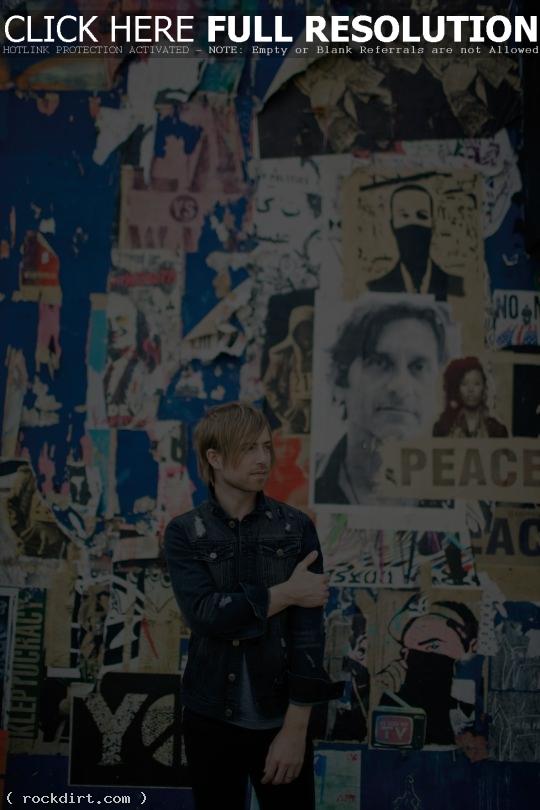 Bryce Avary of The Rocket Summer checked in with fans on his Facebook on October 18th, talking about working in the studio on the follow-up to his 2010 album ‘Of Men and Angels’. The 28-year-old plans on releasing the LP early 2012 and announced a string of six shows in December. Avary writes:

Hey guys!
I hope you are well. It’s been a minute and naturally I’m in dire need of playing some rock shows and hanging out with y’all. I’ve been hard at work, consumed in the studio the past few months, putting my all into this new album which I couldn’t be happier about and I’m thrilled to say it’s time to start getting things going again. A lot is going on in preparation for the new Rocket Summer album release (slated to come out early 2012!) but like a lot of good things, album releases can take some time to get locked and loaded in all the right places and I’ve never been a gold medalist at the patience game. So to tide you guys (and more so myself) over, I decided that this December my band and I will play 6 special shows in the US and perform the albums Calendar Days and Hello, Good Friend in the their entirety for the 1st time ever. Shows will be announced daily starting tomorrow! A limited amount of fresh off the press vinyl albums will also be available at the shows which will include a couple never before heard home recordings. I can’t wait to see some of you guys. Are you as stoked as me? I miss ya.
Bryce