The Postelles Are Finishing Up Their New Album 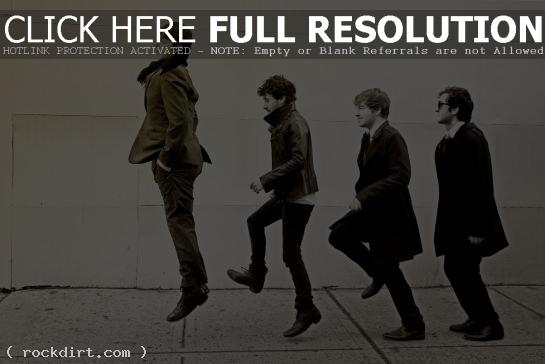 The Postelles answered several fan questions posted at their Facebook on May 6th. The New York City indie rock group also confirmed that a follow-up to their 2011 self-titled debut album is near completion. Among the questions and answers:

For all touring questions: We are finishing up our new album right now and as soon as it’s done we’re going to hit the road and hopefully hit all those spots!

Alicia: was the road to fame difficult? any advice for starting musicians?
The Postelles: Dedicate yourself fully to it, be patient and practice and listen to music all day and all night!

Riley: What was it like working with Albert Hammond, Jr.?
The Postelles: He’s a righteous dude, taught us a lot about recording

May 18, 2012 rockdirt News No Comments The Postelles