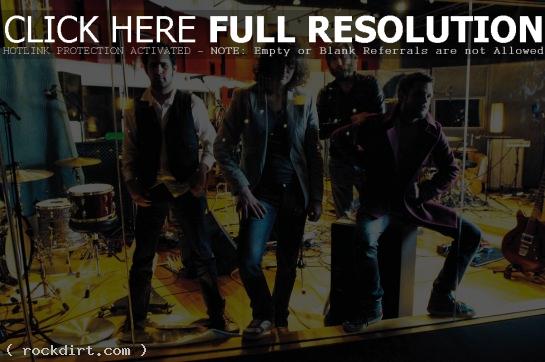 The Killers posted the following message on their official web site on Friday: “The Killers had to postpone their May 17th appearance at Colorado’s Red Rocks Amphitheatre last night due to illness. Brandon Flowers is recovering, but was unable to perform last night. The show has been rescheduled for September 4, 2007. Fans should hang onto their tickets and bring them to Red Rocks September 4th for the rescheduled performance. They look forward to seeing all the Colorado fans in September.” Check out pictures of the group backstage at last night’s shortened gig from WireImage.

May 19, 2007 rockdirt Photos No Comments The Killers