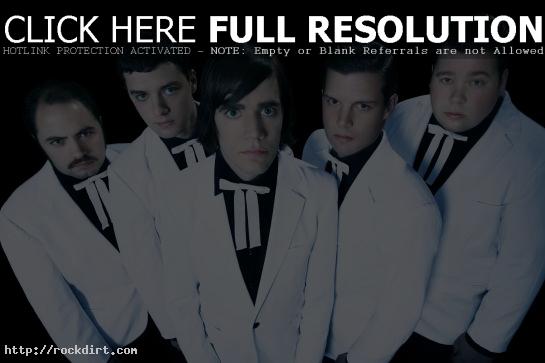 While The Hives’ new album ‘Tyrannosaurus Hives’ comes almost four years after ‘Veni Vidi Vicious’, it seems it’s only the rest of the world that’s been frustrated by the wait for its release. “We were touring all the time,” guitarist Nicholaus Arson told Australia’s Time Off magazine. “We were touring for three years and then we started working on the record. We never really had time off. We never really sat around waiting. It never really felt like it took too long. We were just doing what we wanted and we weren’t in a real hurry. It was an interesting three years. We released the record [Veni Vidi Vicious] and no one really had any expectations and we just started touring with it. It took off big in Scandinavia and Germany and just started taking off all over the place.”