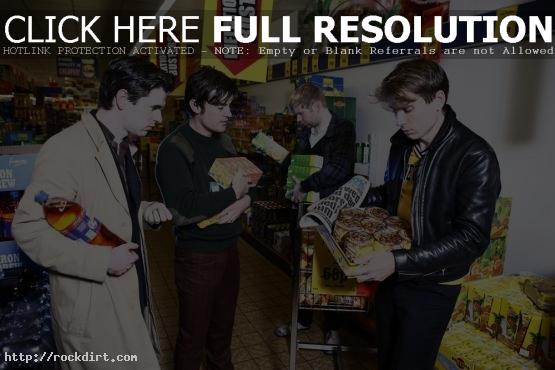 The members of Franz Ferdinand may be the only people in the universe who don’t hear a whiff of ’80s influence in their music. “It’s ironic,” singer Alex Kapranos tells The New York Daily News. “I couldn’t stand the ’80s when I was living in them. I would fantasize about living in the ’60s or the ’20s or even the 19th century. But just because we’ve got these short-back-and-sides haircuts we became [known as] an ’80s band.”